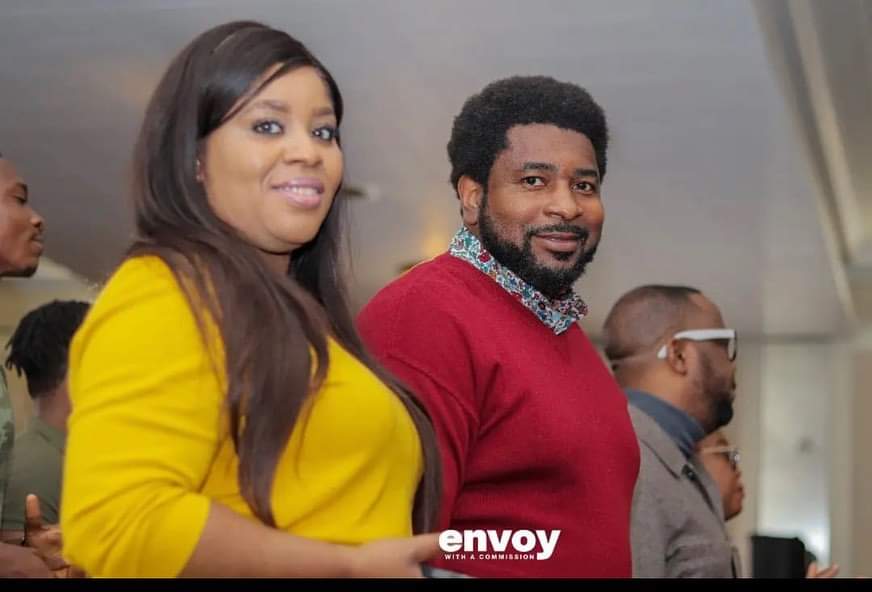 Pastor Mildred Okonkwo, wife of Pastor Kingsley Okonkwo, the founder and senior pastor of David’s Christian Center has revealed how the Lord protected her from cultists and randy lecturers through her undergraduate days.

Read Also, When I got married, I was very broke! – Pst Kingsley Okonkwo

Speaking on the importance of believing and confessing the word of God, she said lecturers at her department at the University of Ife were very randy, to add to this, cultists were also on the prowl.

“There is something that the Word of God does for you, it gives you confidence. When you begin to see who you are in Christ you won’t take rubbish anymore. I was in school in Ife, in my department then, English department, the lecturers were the most randy, wicked old men and they like fair Igbo girls. So immediately I entered that school, the first thing God said to me is, “Every night, declare they will look they will not see you,”. So, anytime I’m confessing the word God gave me, my friends will be laughing at me.

“Ife at that time was also so notorious because of cultist boys, especially at night when we’re going back to the hostel. Ife was not a school at the time I went there. We’ll be praying in tongues constantly because we don’t want the cultist boys to see us, so as to avoid trouble. So when God said I should be saying, “They will look they will not see me, I was consistent in confessing those words till I left school. In my final year, during the week of clearance, I went to my course adviser officer.”

“The man was a very notorious, wicked man. I don’t even know if he’s still alive but he’s very wicked. When I entered and told him I came for clearance, he looked at me and said, “Are you a final year student? I don’t know you” but I told him I know him, because to him what he meant was that, if I’m in his department he ought to have asked me out. Fortunately for me, my class rep was beside me and he said, “Sir, you don’t know her? She’s Mildred” and the lecturer checked the list and I could see he was angry with everything inside of him.

Read also, Believe in your future and wait for it! – Mike Bamiloye

“He asked me if I have any carryover and I said no. He looked at me again and said, “How come I don’t know you?” but I told him, “I know you very well sir” I just want him to sign my clearance so that I can leave his office. After he signed and I came out, come and see girls, some of them got married in our final year but because the lecturers toasted them in year two and they refused, the lecturers kept them back from graduating.

“My friends were crying and I told them, “When I was confessing they will not see me in the name of Jesus, you’re laughing at me, sorry.” See, the Word of God works. I left that school and no lecturer touched me, the only one that told me to come and see him in his office, I didn’t and he forgot. I’m a carrier of grace, enveloped in God. Whatever you are looking for is in the Word of God.”