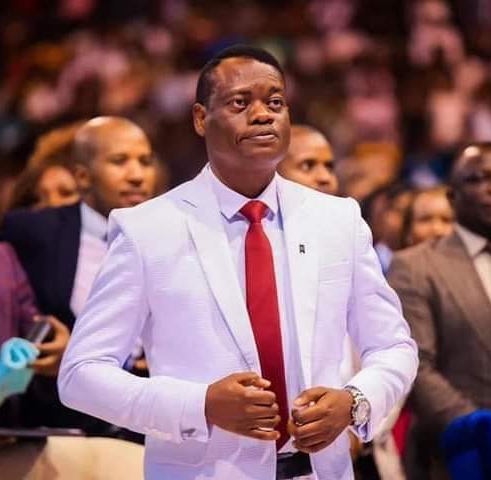 “Your story is not as hopeless as my own, passed out with 3rd class degree from the university, read a single honor course, I was not about to happen at all, the only door that was open, was the Holy Ghost and I found out that my God could talk, that was enough for me and I began to pray…

Read Also, How I survived the seduction of a marine lady – Apostle Arome Osayi

Listen to the stories of great men – Benny Hinn, prayed prayed prayed prayed, God now began to give some direction and he kept walking in the pathway. He spoke in tongues and got direction from God and began to obey God in the thing wherein God had revealed to him and he found himself a mighty man that is influencing the lives of millions of people today. The capacity that was at his disposal, are the same things that are available to you. What will you do with the Holy Spirit?

A lot of people don’t believe that women should be in ministry until Kathryn Khulman came and changed everything. Khulman did not need a crusade before God would move. Khulman was high, drunk 24/7. She was a sanctuary of God and she was not a special person, all she had at her disposal, was speaking in tongues and hearing God and she became that. What would you do with the Holy Ghost, that’s my question this evening.

Read Also, How a young man who ran mad for not sleeping with his mother got delivered -Apostle Arome Osayi shares

Apostle Babalola of CAC walked with God to a level where in a meeting like this, he suspends from the ground, he became like one among the cherubims himself, and that’s why CAC believes that any category you put Apostle Paul, Babalola must be in that category. According to CAC, He is one of God’s special apostles that walked this world, and you should not classify Peter higher than Babalola.

He came to a village, they know the village for witch craft, and challenged all the witches, he said let’s not meet in the night, people will not see us, let’s come 12 noon and let’s come to your shrine and compete. He gave them 2 hours to kill him, and He took a seat and sat down, that if they don’t kill him in two hours, he will kill them. The village now gathered, hunger left the whole village. One man, and after 2 hours, the man now stood up.

The first thing he did was that He called the name of Jesus and physical fire came down from heaven and consumed the witchcraft tree where they hold their meetings. That fire was snapped, it’s on picture never kindled matches, it was kindled by a man of stature that had navigated the pathways of the spirit and he heard/had the voice of the kingdom. What would you do with the Holy Ghost?

Read Also, This is why you must never watch bbnaija – Apostle Arome Osayi

When fire consumed the tree, there was no need for the service to continue, the witches took off all their amulets, their chains, charm and they threw it in the fire, the whole village was saved because a man came there, their salvation was the coming of a man, the people that sat in darkness, have seen a great light.that day.

Benson Idahosa, I heard that when they were building Faith Cathedral, after few days, they said gravel has finished, so Benson came and said “Gravel! don’t finish again” and they are building and gravel is coming. Now which Holy Ghost did they receive, or were they mixing it?

I am born again today, because my mother prayed for me for long, because what I would have become, would have been a problem, a crisis, crisis! prayer turned it, arhhhhh it is an honor to serve Jesus.

What would you do with the Holy Ghost?