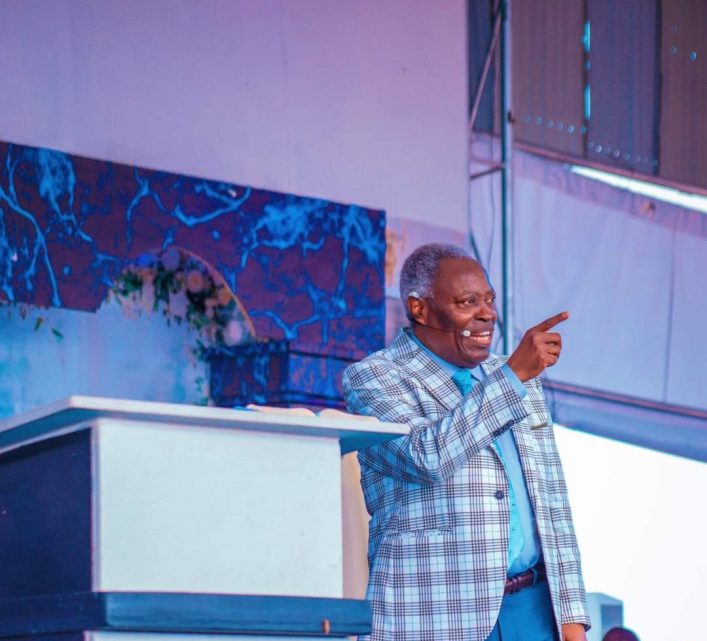 “I remembered yesterday in particular about 1951, when I was in school and the teachers drilled me and the rest of us so much in the different subjects. I didn’t like this, especially how they treated me in particular, so I decided not to go to school again. That day, I went back home, not knowing that my dutiful father did not go to work as usual. I was surprised to see him at home.

Read Also, Pastor Kumuyi |5 reasons why you must never marry an unbeliever

“He asked me why I came home and I told him that we were told to go and bring money for harvest. He asked me how much, I told him and he took the amount, put it in his pocket and said we should go back to school together. On getting there, my father met the headmaster, and told him I came home, and the headmaster responded that he had wanted to contact my father to report to him that I’ve not been coming to school.

“So my father, very militant and a disciplinarian to the core told the headmaster to get all the pupils together in the assembly hall and the head-boy was told to back me and my father personally whipped me in front of all the school. It was painful and I felt very ashamed. The following day, my father told me to go to school and warned me that if I didn’t stay, he would deal with me again.

“I became bold and told him I was no longer going to school because of what he did to me the previous day. He asked me what I wanted to do and I said farming, so he gave me a cutlass and I went to the farm. He didn’t discourage me not to go. I got to the farm and cut off all the cocoyams and other things there. I did the same thing the following day.

“That was when my father realized that my future would be endangered, so before the following term started, he called and sat me down and said he did not have education, but wanted me to have it. He said this was why he did what he did and for the first time, he apologized and said he was sorry. So, I said okay and went back to school.

“A great future is before you, swallow your pride, and think about your future”.