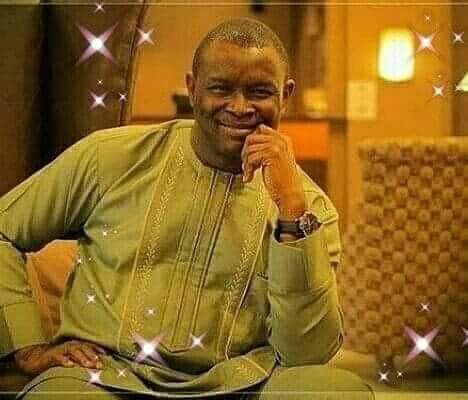 Many years ago. 1991. We made a Christian Yoruba movie: IBERE OPIN AYE, the Yoruba version of “Beginning of the End”. It was in the era of Yoruba movie screening in the Cinema Halls. It was in the era of bombarding the numerous cinema halls in the city with different Yoruba movies, and the festive periods like Christmas, Easter, and the Muslim festivities that cinema halls in Ibadan like Cinema-de-Baba-Sala, Cultural Centre, Tabantari Hotel, KS Motel Hall, and D-Rovans Hall always received very high patronage of cinema audience. It was the era of glory of the Yoruba movie producers and directors as they bring their movies to several cinema halls in Lagos, Ibadan, ILORIN, etc. It was around that time the Mount Zion came out with a Yoruba christian action movie: “IBERE OPIN AYE”.

Already full of jealousy for the Lord, for lack of the presence of the Lord in the rampaging secular cinema movies at that time, during our prayers, we were inspired and moved to go to the cinema with “IBERE OPIN AYE”. So, when the movie was completed, it was released during the Christmas season at D-Rovans Hotel Cinema Hall. And it ran on the screen for three days. I remember the children of the then Oyo state governor came with government car to watch the movie. And viewers queued on a very long line to get tickets to enter the hall. And at the end of the movie, a lot of people hastened out of the hall with fright on their faces. It was considered an horror movie, because of the torture of the Christians that were left behind after the rapture of the saints. It was the era before the advent of the Nollywood of now.

The film screening was a great success. And the news went wild on radio and television because of the advert partnership from the NTV, Ibadan. It was a huge success, because the Lord led us to do it and it succeeded. that was 1991.

“The Perilous Times” came out in 1992 and we wanted to take it to the cinema halls again, but the Lord redirected our steps somewhere else. He told us to send the movie to television stations, so we sent the movies to some TV stations we could reach at the time and two of them were NTV and BCOS Ibadan. The impact of the movie went viral and popularity of the movie spread as far as the Eastern part of Nigeria. Apparently, it provoke a movie producer in the east Nigeria to produce a similar movie at the time titled: “Nneka – the Pretty Serpent”. The Lord did not allow us to go to the Cinema with “Perilous Times”.

1995, the Lord gave us another famous movie: THE GREAT MISTAKE. We felt the Lord wanted us to go to the Cinema Halls again. We felt the Lord wanted us to evangelize the Campus of our city of residence: University of Ife (Obafemi AWOLOWO University). So, we placed the movie on the screen of the prestigious Oduduwa Hall, and it ran on the screen for two days, with two shows per night. We experienced the long queue again and saw many students sitting on pavements waiting for the viewers of the first show to vacate the hall for them to come inside for their own turn. We sold a lot of tickets. It was a huge success again, because the Lord spoke to us do it and it was successful.

Basking in the sweetness of this success, we assumed normally that the Lord had opened before us a door of commercial provisions to meet many of our pressing needs. We strategized and contacts the University of Benin, whose Students Union President we knew as a born again child of God. He promised to mobilize the entire students to come watch the christian movie that would benefit their soul and help their marital choices. He sent messages to us that the campus was ready for us. So, we went planned to run the movie for three days in their large auditorium.

On the day of the first screening, we were expecting the long queue of students again, but alas, the audience were not up to 50 people in the hall. What ! The next day was the worst with fewer people in the hall, with all the huge number of posters and adverts invested on. Then, we realize the Lord did not send us to BENIN, neither did He say we should now embark on film shows on gate-fees now on campuses. We had climbed on the success we got at OAU, Ile – Ife and assumed that must now be the leading of God for us. SO, WE FAILED WOEFULLY AND SHAMEFULLY.

Then came “OGUN ATILEWA” in 1996. Not that we received any strong specific instructions from the Lord to take it to the Cinema, but we had argued with God, that we needed something to raise money for the construction of Habitation of Faith, the Mount Zion Training and Retreat Centre, in Ile-Ife, as the permanent site of Mount Zion Institute of Christian Drama. So we termed the film-shows in Halls as “Operation Zerubbabel” and we enjoined people to see the gate-fee as their contribution toward the building of the site.

This time, we painted the whole city with a lot of advert and publicities. We blared the jingles of the Film Shows on the radio and television in Ibadan. We had taken the largest hall in Ibadan, The prestigious Cultural Centre. We filled the streets and the major highways with the large posters of the movie. It is a Yoruba movie “from the producers of – IBERE OPIN AYE”. some Mount Zion Institute Students took it upon themselves to take more posters to the streets to paste. We needed money to build The Habitation of Faith. The Expectation was high. Then, the day came.

Inside the hall of The Cultural Centre, Ibadan, were people not more than 25 including the Mount Zion Officials. WE WERE DEFEATED SHAMEFULLY AGAIN. We had thought the Lord would, at least, rise up for us, since we wanted to use the money realized for His building project.

Then, we thought probably we had not involved the churches. Our next point of call was Oshogbo. This time around, we decided to change the strategies. Probably, if we involve the churches that had been blessed by our various stage ministrations, the result would be better. So, at Oshogbo, we sent some brethren ahead to go and see men of God in the Land and explain the reasons behind the film shows, that it was for evangelistic and missions project. They bought the ideas. A lot of Pastors gave us encouragement and a lot of push, inviting us to come to Oshogbo, with the new movie. A lot of them, promised fervently to mobilize their church members to storm the Presidential Hotel Hall Oshogbo for the three days film shows. We were happy.

However, on the first day of the film show, we didn’t see a lot of the pastors who promised to mobilize their members, neither did we see their members in the hall. The total money realized was not enough to settle the bills of the hall and the projector for that day. When the same thing repeated itself the second day, we left the city without waiting to screen the movie the the third day. We ran away from the city back to base in Ile-Ife. THIS TIME AROUND, WE FAILED TOTALLY WITH OUR FACE ON THE GROUND WITH SHAME.

We came back home and sat down and thought the whole thing over. Where have me missed it? It was so shameful and painful. We fell down flat on our face with disgrace. We failed. We were angry, not at God, but at ourselves and at the devil. There and then, I decided on what to do. I kept it to myself. And we went on film location of IDE ESU.

1997, first quarter of the year, we came out with another Yoruba movie: IDE ESU. It was an Epic movie of 8 hours duration, broken into 4 parts.
I told my brethren, we were going back to The Cultural Centre, Ibadan where we were defeated shamefully at the film shows of “Ogun-Atilewa” the previous year. This time around, I had known specifically, exactly, what the Lord wanted us to do. I had heard from God directly and I was sure of it. So we paid for The Cultural Centre again for 4 days. We payed the posters all over Ibadan again, but no Radio or TV adverts this time. And on the poster was GATE-FREE. It was like a thunder-storm in Ibadan.The people had never heard that before. A four day film shows in Yoruba with Gate-free. the news went wild in the city.

On the first day of the film show, as early as 5pm, the whole hall was jam-packed. And by 6pm, we saw people sitting on the floor of the hall to watch the movie. The four days were very unforgettable. the crowd were too many, as people kept coming to the hall to watch the serial movies in parts till the concluding parts on the forth day. The glory came down in the hall. We got back our honor from the devil. He fell down shamefully faced-down this time. BECAUSE WE HEARD FROM GOD AND OBEYED HIS VOICE.

The lesson here is this, NEVER PRESUME FOOLISHLY AS YOU FOLLOW GOD. ASK HIM FOR EVERY STEP YOU TAKE IN 2022 TO AVOID FALLING SHAMEFULLY ON YOUR FACE.

Major Prayer-Point:
“Give me Divine Directions for Abundant Harvest this Year 2022”

How to Propose Marriage for Christian Singles – Gloria Bamiloye

How to Propose Marriage for Christian Singles – Gloria Bamiloye