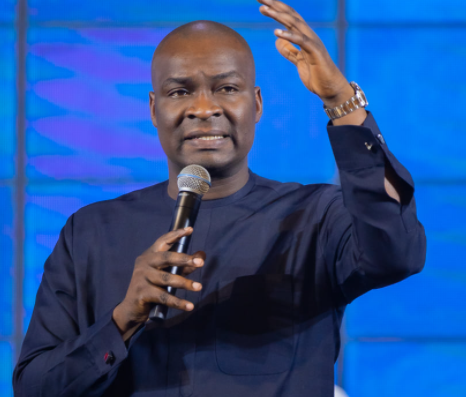 In this Apostle Joshua Selman’s Messages, he shares how he got deliverance from demonic spirits and oppressions. Read below:

For many years in my life even as a man of God demon spirits were oppressing me. Not many people will tell you this truth. I’m not saying it to discourage you and I’m not demeaning the power of Jesus. We stand today by that same power and because of my prophetic inclination I would see spirits literally enter my room. I shouted Jesus, in Jesus name, in Jesus name nothing happened because the name is not a charm, it works by understanding. Did the sons of sceva not mention the same name, did the demons go? What did they do to the man? They even said Jesus I know, Paul I know, I see their understanding supporting what they are doing, where is your own understanding?

There are many believers under all kinds of oppression, stagnated and not manifesting to their fullness of their destinies in Christ, why? Because they just assume that everything is gone. Why then do you go to the hospital? Why do you visit the pharmacy for drugs even though you believe eternal life is at work in you? If someone is sick now and you pray in the name of Jesus and nothing seems to happen you can honorably take the person to a pharmacy to midwife his health while he’s learning the laws of divine health, is that true? It does not mean you don’t believe in divine health but hospital and drugs are God’s systems of mercy to midwife our longevity and our health while we are learning; God Himself knows that it’s a process. Read also, Apostle Joshua Selman’s Messages on What you should be doing with your life now.

Listen, let me tell you the day my deliverance came. I found a scripture and light came like an arrow from heaven and entered me. When that light entered me I ran, I stood in front of my room then and I shouted, I pleaded with the spirits that used to oppress me, I begged them to return, till tomorrow they have not returned. Listen, when we minister like this, number one, we are not being boastful; number two, we are not negating what Christ has done; the administration of His power is our participatory role in actualizing His finished work in and through our lives. This is what the bible calls faith – the name of the action you take based on your conviction on who God is and the integrity of His person. It is always by grace but it is through faith. Grace is the name given to everything that is in God released to man only through the office of the Christ; that’s what we call grace. Mercy is grace, power is grace, wisdom is grace. Grace is not unmerited favour, that’s just one dimension of it. Grace is a generic name given to the storehouse that contains everything that makes God God; it’s called grace but the system of access and delivery is what we must learn.

Believers! we must trust God to mature in doctrine so that we do not become victims because the bible says now the Lord is that Spirit; so understand there are many spirits but this one is that Spirit, the Lord. The Lord is that Spirit and where the Lord is you know He signs that signature by giving men liberty so that a door that has been closed for 90 years your grandfather tried to open till he died there, your father tried to open till he… We are not going to open it we will break it into pieces so that your children too can pass.

Do you know why Nathaniel said to Jesus can anything good come out of Nazareth? He was not lying. There was an antecedence, there was a track record. There are regions where men only rise by eating from others. They never become established no matter how educated. There are regions where it’s the women that feed the men; the husband is the wife and the wife is the husband; hardworking diligent people. Whose sin that this man was born blind? That means there was something Jesus taught them. Immediately they saw this, a good student said Jesus you’ve taught us something but whose sin, was it this man or his father? He said neither but that the glory of the Lord be revealed. Read also, Apostle Joshua Selman’s Messages On How I started my journey with God.