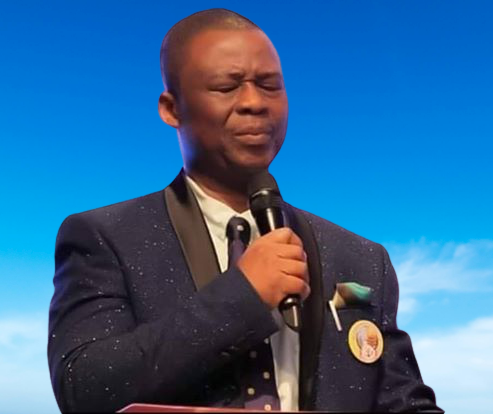 Shocking! Dr DK Olukoya of the Mountain of Fire and Miracles Ministry (MFM) shares the true life story of a girl witch who became born again after killing her brother. Read below.

When we were in secondary school, we had a very brilliant boy in our set. On prize giving days, it was usual for him to go with all the available prizes. The lowest mark he ever got in Mathematics was either 96 or 95 percent. If he was given five questions and asked to answer three, he would answer the three and still go ahead to answer the other two, just for the fun of it. When this boy finished his School certificate examination, he made “A” in seven papers. Soon after, he sat for the Advanced level examination, came out in flying colours and got admission into a foreign university. Read also, How demons penetrate people through ungodly music

When he was leaving, members of his family organized a very big party for him. Just as they were leading him to the airport the following day, his younger sister moved close to him and whispered into his ears saying, “My brother, choose between this overseas trip and your life.” The boy was surprised. However, because alcohol was freely served at the farewell party organized for him, he thought the girl probably drank too much of it.

“I believe you don’t know what you are saying, it must be the alcohol you took yesterday night that is still influencing you” he said to her and hissed. Our friend travelled abroad, did excellently well there, securing a first class degree in his course of study.

One week to the graduation ceremony, he went with his friends to a swimming pool. He got on the diving board and leaped from there. For some strange reasons however, his feet slipped on the water board and he smashed his head on the concrete floor of the swimming pool. His brain went one way and his smashed skull went the other way. The impact of his head on the floor was so much that he was brought back to Nigeria headless. When the corpse arrived at the airport, his younger sister was the one rolling on the floor and crying her heart out.

Some weeks ago (which is now many many years after the death of our friend), I saw someone at our ‘Prayer Rain’ programme giving a testimony of her deliverance from being a demonic agent. I looked at her closely and discovered that it was that brilliant boy’s younger sister; she is now born again and had become free. The mystery of our faith is that, although she had done all the wickedness, the Lord would accept her, even though our friend is gone.

No matter how deep in wickedness you have been. Jesus can still save you today. He can give you a fresh start if you’ll just surrender your life to him.