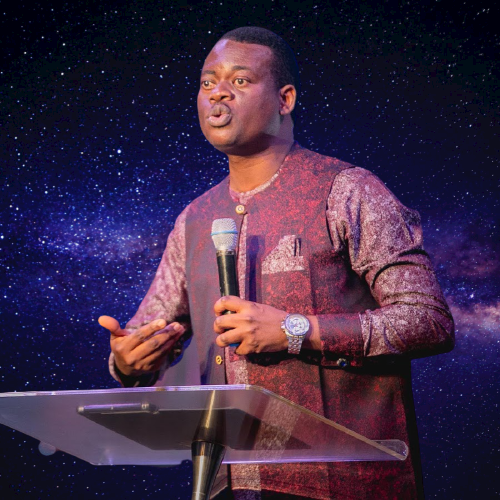 Apostle Arome Osayi of the Remnant Christian Network shares how a lady from the Marine kingdom was sent to seduce him about 12 years ago. Read his account below:

22 years ago we were in a prayer group; the kind of prayer groups that you have on campus now. And there was this lady that was skillful in prophesy. Her name was Funmi and if Funmi begins to prophecy, know that God is speaking. We have tested her grace. She doesn’t prophecy everyday, but in those days if she falls under power for like twenty minutes, when she rise up, she comes with a prophetic word, and that day it was me she prophecied about. Read also, How demons penetrate people through music – Apostle Johnson Suleman

She saw my destined future and how glorious it will be. She spoke about it. But in addition to what she saw, she said, “a lady would be sent against you from the water.” She said, if you survive this lady, this glorious ministry will come to pass. I forgot the prophesy, but Satan did not forget. He (satan) waited for twelve years. Ahh!

See also, Apostle Arome Osayi – This is why you must never watch bbnaija!

In this twelve years I have become popular, in my own cocoon I am a champion. I was known for the anointing, I was known for vocal power. And then from my office I was posted to Lagos, a revival was growing in benue state and I was posted to Lagos, I was angry with God. I did not know that the days of my transition had begun. The damsel did not come to Benue where there is a revival. Hey!

Ganished with all the power of the marine world, If she moves close to you, your chemistry will change, your pure and righteous mind will be taken from you. That’s when you will see a prophet that calls down fire from heaven cry “It is enough let me die!”

Those were the days I will kneel down to pray and is as if my prayer is not going anywhere. When that lady came with central fugal force, when I went home, she follows me. The force does not only generate lust, it takes away my ability to pray. Am not a loose preacher, I won’t stress that.

Today you are praying for fun, for sport but a time will come when you will pray to survive. You will cry like Elijah , I am not better than my fathers. You are praying today for competition but my own was like Arabic. It was a test of my stature. And the test lasted for 9 months, it was for this 9 months I found the angels bread for which I come to testify. Read also, This is what you should be doing with your life now – Apostle Joshua Selman