Quick Facts about Mercy Chinwo on her birthday! 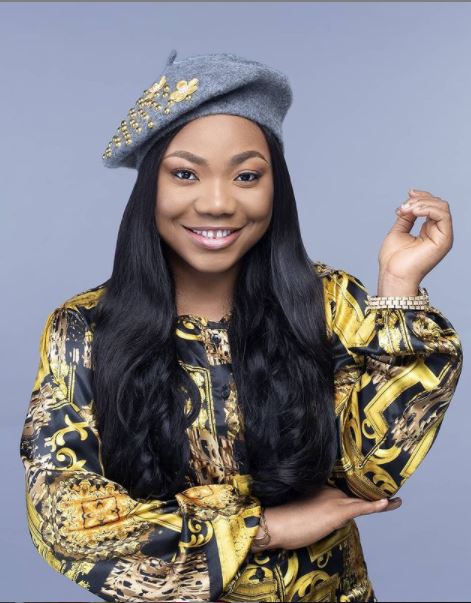 Mercy Chinwo who has always had the big dream of standing out in the society and singing to pass great messages across to Nigerian Youths has grown to become a household voice in Nigeria. Mercy Chinwo is a Nigerian gospel singer, actress, comedian and songwriter. She hails from Portharcourt, River State, Nigeria. She started her musical career at a very early age and has gone on to win the hearts of christian song lovers in Nigeria. Beyond her beautiful voice, here are quick facts you should know about Mercy Chinwo. Read also, Facts about Pastor Adeboye’s Humble beginning that will inspire you.

Mercy Nenda Chinwo was born on the 5th of September, 1990. By that we mean that Mercy Chinwo is exactly 31 years old today. Born into a family of six, she is the fourth born child of her mother. She had her primary education at God’s will International School, Portharcourt while her secondary school education was at Victory Comprehensive College and Paradise International Group of Schools, Portharcourt. She holds a certificate in Linguistics and Communication Studies from University of Portharcourt, River State. Mercy Chinwo who started out from singing secular songs to strictly gospel songs. Read also, I thought my dad was wicked – Dunsin Oyekan

Mercy Chinwo who was then attending the Apostolic Church of Nigeria, started singing from the children’s choir at the age of 8. She graduated into the adult choir and rose to become the choral director of her church and in school. All of these paved the way for her to develop her musical passion the more. Before she came to limelight, she served as backup voice to gospel music ministers like Joe Praize, Buchi, Preye, Sammie Okposo and Chris Morgan. She began to participate in musical competitions until she found Nigerian Idol. Eventually, she emerged winner in the season two of the Nigerian Idol talent show, and came to limelight. Read also, My father struggled to send me to school – Funke Felix Adejumo

Mercy Chinwo’s songs which are played and sung at different churches, homes, and christian occassions have continued to be a blessing to the body of Christ in Nigeria and beyond. It all started in 2015, when Mercy Chinwo’s first song titled Testimony hit the world. Subsequently in 2016, she released another titled Igwe. On February 20, 2018, Mercy released her debut studio album The Cross: My Gaze. The 16-track contemporary gospel songs was released by EeZee Conceptz under Dixtrit Media. It featured guest appearances from Shady B, Fiokee, Chris Morgan, and Olaitan Odoko. Since then, Mercy has continued to release soul-lifting worship songs. So far a song that has arguably won Mercy Chinwo more recognition is ‘excess love’, which she released in June, 2018. The song Excess Love earned Mercy nationwide recognition and sealed her status as one of the best vocalists in the Nigerian gospel music industry. Since her breakthrough she has remained an active voice and has been dropping hit songs upon hit songs. Read also, Quick Facts about Damilola Mike Bamiloye

As at today, Mercy Chinwo has decided to keep her relationship status out of reach for social media fans. Therefore, Mercy Chinwo’s Husband or Fiance is still unknown to the world. Mercy Chinwo is officially not married and she has no kids yet.

1. Mercy Chinwo was born on 5 September 1990 in Port Harcourt, Rivers state. She is the fourth child in a family of five (first daughter).

2. She started her musical career by lending her vocals to musical projects by gospel music artistes such as Sammie Okposo, Joe Praize, Buchi, Chris Morgan, and Preye

3. Mercy Chinwo won the second edition of Nigerian Idol. She got an SUV car and a cash prize of 7.5 million naira. A 7.5 million naira recording contract also comes with the Idol crown. As at 2017, Mercy says she has not received a kobo nor a mic.

4. A year after winning Nigerian Idol, she landed her first film role in Yvonne Nelson’s film, House of Gold starring alongside Yvonne Nelson, Majid Michel and Omawumi among others. Not only did Mercy earn the name of an actor, but her performance also attracted a nomination for best music, original song in the 2013 edition of Ghana Music Award. She didn’t win the award but she the statement had been made. Mercy Chinwo is an actor of impressive repute.

5. Mercy is signed to Eezee Conceptz Music Label. She was signed up in September 2017.

6. The popular Port Harcourt gospel artiste, who is best known for her love for berets; as she can be hardly be seen without wearing one.

8. Most of these latter songs are part of her debut album The Cross, My Gaze.