How I Met My Husband – Interview with Gloria Bamiloye 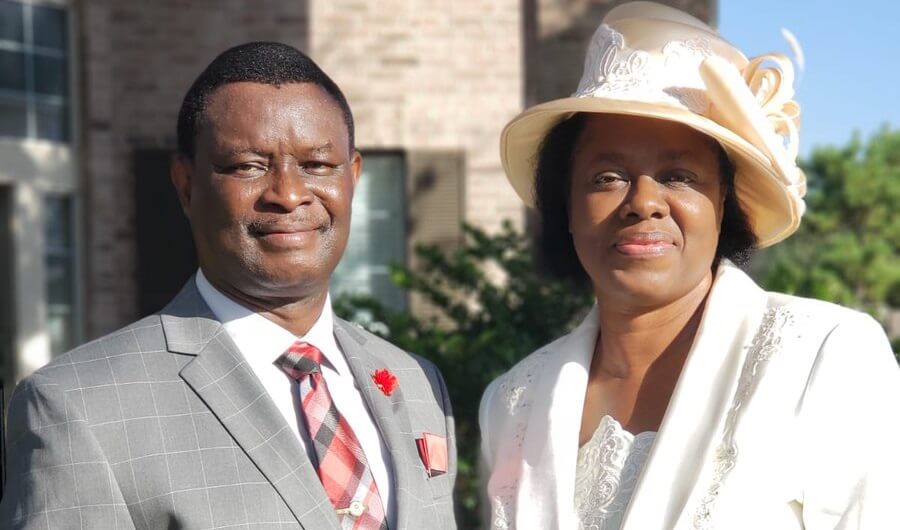 How did you meet your husband?

We are both alumni of the same institution. But he left school before I got an admission there. He used to be our senior brother, big brother. It was when he came back to teach us a playlet that we met. He was always around any time we had programmes and so I was familiar with his face

What was the attraction when you met your husband, Evangelist Mike Bamiloye?

We met in school. But then, I had no thought of settling down because my interest was to read and further my education. I had sisters challenging me to study well for a purpose.

I never imagined I could settle down that early. My intention was to finish my education before settling down. It was just God because when he proposed to me, I wasn’t prepared for it. But after praying and seeking God’s face over it, I realised it was the way God wanted it. So, I couldn’t but obey the Lord. Simply, I entered into it in obedience to the will of God.

It wasn’t so easy. Even my parents were not prepared for it. First, they thought I was too young and still needed to read. Secondly, my elder brothers had other plans for me. They knew he is into a full-time ministry and had nothing to cater for me. They kept asking me what type of job he did and all my explanations could not convince them. But they could not just stop me because I had made up my mind. I had prayed and got God’s go ahead. So, there was no going back for me. I knew God had something good for me.

Thank God, I followed God’s will. Maybe if I had followed my parents’ will, I wouldn’t have been where I am today. It wasn’t as if I don’t love my parents or I don’t appreciate their intentions, but I believe God had the best plan for me and He is the one I will always follow. Thank God I obeyed Him because I am happy where I am today. Now they are praising God for the decision I made then.

Was there anytime your people tried to keep you away so that he would not have access to you?

Not at all. They don’t believe in forcing people against their wishes in my family. So, no one used any force on me. I pitied them then because they had no other choice than to leave me alone and be praying. We have pastors in my family too.

Gloria Bamiloye – Ideal qualities to look for in a marriage partner