This is why you must never watch bbnaija – Apostle Arome Osayi 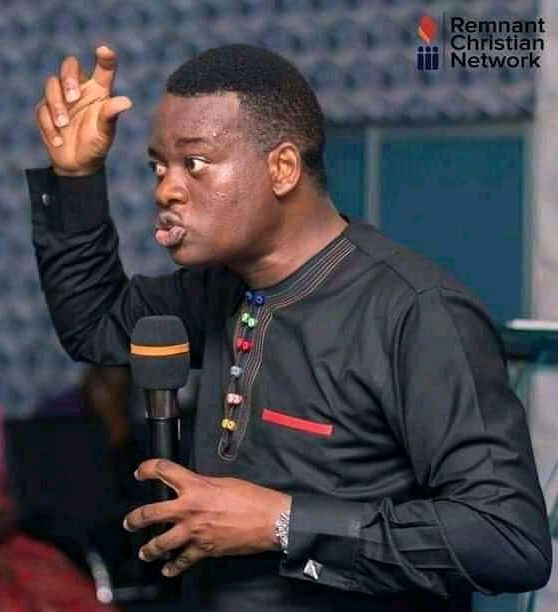 Bbnaija has launched off in 2021. Bbnaija as popularly called is the big brother naija reality show on TV. It is a reality show in which contestants live in an isolated house and compete for a large cash prize worth $100000 at the end of the show by avoiding being evicted by viewers. And in 2021, bbnaija is running its 6th season i.e. bbnaija season 6.

In itself, bbnaija is supposed to be a harmless reality tv show that entertains. But in recent times, the show has consistently been a platform to showcase nude tv stars and immoral acts. In this video Apostle Arome Osayi warns believers by stating how watching tv shows like bbnaija affects the soul of a believer.

I was scrolling through Facebook and I saw sixteen pictures of high points in big brother naija. I saw smooching simulations and engrafted kissing. The devil is preaching a doctrine of immorality and young people are buying into the technology. That’s the same model that Cane established (in the bible). So they are adapting Cane’s technology on air and everybody is zooming in.

You don’t understand what sin does to the human soul. Have you ever had rainfall? I mean those heavy torrents? You know what it does to a city? You know that our drainages, in this city for instance are not sufficient for real rain and when it comes, it leaves us in a state of emergency. That’s the kind of stuff that happens to the human soul if you indulge it (by watching bbnaija). The Holy Ghost will be saying “don’t go… don’t go…”, you have to fight, that is why it is called the works of the flesh. You fought a battle. It was intentional because the restraining factor was present to hinder you from access, but you had to labor. The flesh is likely to win that kind of battle, especially if you expose the flesh again, again, and again to those lust (in bbnaija). The lust will develop muscles and it will overpower the restraint of the Holy Ghost. At the end of the day, it will require work for you to prosecute the desire of the flesh.

Exposing your soul to that kind of whoredom (in bbnaija) is causing the system of your soul to be totally damaged. I have seen people that lived in sin for long. They are the most difficult people to pastor. It is difficult for them to even believe what you are saying. It is something that happens to the soul. You can’t see it from the outside. You still think the person is a complete human being, no… no… no… Many times died, many times pierced, many times slain.The exhibit, the evidence of that level of bondage is in the graphics of the soul. It is not visible in the body.

The work of rebellion destroys every infrastructure in the soul and God will need to orchestrate an unprecedented work of restoration in that faculty before you can even believe in the first place. When you keep exposing yourself to that kind of stuff (in bbnaija), you may not see any physical change, but your soul dies many times. If God wants to use you, what you’ll have to do is you’ll have to renew your mind. Because the mind happens to be the engine room of the soul and if you lose your mind, you will lose your ground. Read also, How I survived the seduction of a marine lady – Apostle Arome Osayi