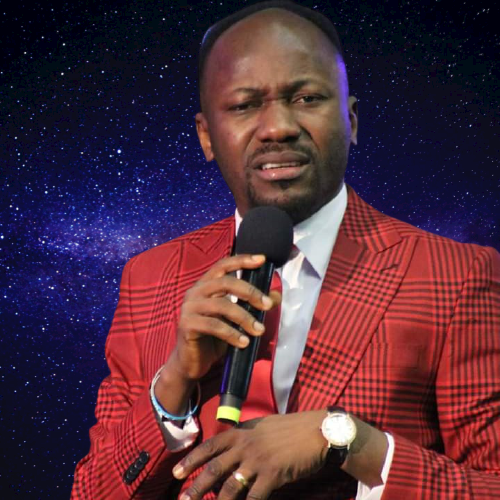 “There is no music that is neutral. There was a time in a part of America, they noticed a group of youths in a certain age were dying. They decided to do a survey, they discovered a particular music they were all listening to.The music tells them that “there was nothing in this world; what were they living for?” And these youngsters started drinking all kinds of things and taking their lives. They had to ban that music.

Every music has an image. As you sing a song, an image is created. That’s why if you read Daniel 3:5, the bible says

“…at what time ye hear the sound of the cornet, flute, harp… and all kinds of MUSICK, ye fall down and worship the golden IMAGE that Nebuchadnezzar the king hath set up.”

Every music you hear, its image holds you in captivity. Nebuchadnezzar knew he could do nothing except he initiates music. All the devil was in Heaven was a musician, so when God kicked him out of Heaven, God did not take the music gift out of him. Every part of the devil as a cherub was music. He was casted to hell as an unrighteous cherub, so music is still in him. He is interested in music.

In the bible, when an evil spirit came upon Saul, the only way David took down the evil spirit was to initiate music; because every music has an image, so when David began to release that music that portrays the image of the almighty God the evil spirit could not stand it. This is why one of the people that should be extremely careful are music ministers because Satan can manipulate them. Satan knows that they are the people that ushers people into God’s presence. So the devil manipulates them – for many of them he will fire the spirit immorality, he will fire pride, he will fire arrogance, he will fire all kind of things to their lives.

When somebody is playing an ungodly music around you and you don’t have control of that space, walk away. If you have control of that space, stop it or else you will be confused. When you are there and you don’t say anything, when you leave, the song will start playing in your head unconsciously. My wife can tell you, I don’t watch negative videos.

Apostle Johnson Suleman is a Nigerian televangelist and the senior pastor and general overseer of Omega Fire Ministries International, a church with its headquarters in Auchi, Edo State. After working as an assistant pastor in the Armor of God Church in Lagos from 1998, he started Omega Fire Ministries International in 2004. HIs ministry activities can be followed on celebration tv.