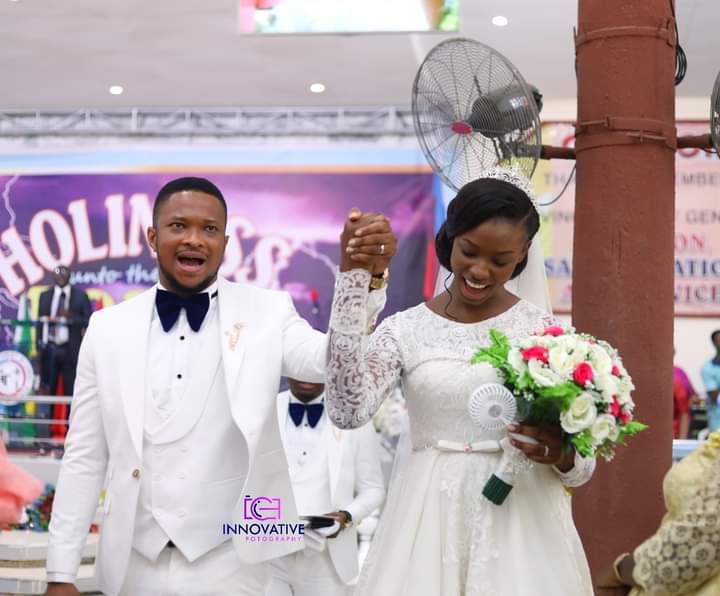 So touching! Mike Bamiloye’s tribute to his wife on their wedding anniversary

Motivation from the life of Pastor Adeboye

Love is a beautiful thing and is even more worthy of mention when the parties to it decide to make things official by walking down the aisle. That is the case of lovebirds, Darasimi Mike-Bamiloye and Lawrence Oyor. The young couple got married at a beautiful ceremony that took place today, October 10, at the Glory Tabernacle Ministry, Bethel Land, Oju-Orin, Bodija, Ibadan at 11am – exactly two days after Evangelist Mike and Gloria Bamiloye’s wedding anniversary. White wedding videos and pictures from their engagement and wedding ceremony are now trending on social media.

It should be recalled that the news of their engagement hit social media on the 23rd of September and has been trending since then.

Oluwadarasimi Mike Bamiloye otherwise called the Bamiloye Princess by her brothers is the third and last child of Christian Film producers Mike and Gloria Bamiloye. She happens to be the only daughter of the family. She is a graduate of English Language from Babcock University. She is a spoken word artist, drama minister, script writer and script editor. She also joins her brother Jaymikee in voicing some of the tracks used as theme songs in most Mount Zion movies.

Darasimi Mike Bamiloye is an addicted lover of God. She speaks English Language fluently with the right dictions and appropriate pronunciation of words. She is a very creative story writer and spoken word writer. We also speculate that she will be going into full time ministry under her parents ministry as a script writer, editor and actor in the Mount Zion Faith ministries.

Lawrence Oyor on the other hand is a gospel music minister and a prophetic minstrel popularly known for his revival chants and songs. His most popular chants “bowl of fire” has continued to stir up hunger for God and the Holy Ghost in the heart of Youths in and around Nigeria. He co-owns a ministry with his twin brother Godswill Oyor called Davidic Minstrels – A movement committed to demonstrating the love and power of God in worship, and awakening hunger for God in the hearts of people. Lawrence Oyor and his twin brother Godswill Oyor are 29 years old and hail from a Christian home based in Ibadan. He is a Graduate of the University of Ibadan and a Lawyer. He’s well known for featuring in the hit track, The Train which was the sound track for the Mount Zion Gospel movie, The Train.

We at Fruitful Touching Lives wishes these kingdom soldiers Happy Married Life. We await their exploits!