Emmanuella Mike Bamiloye’s message to the world on her birthday 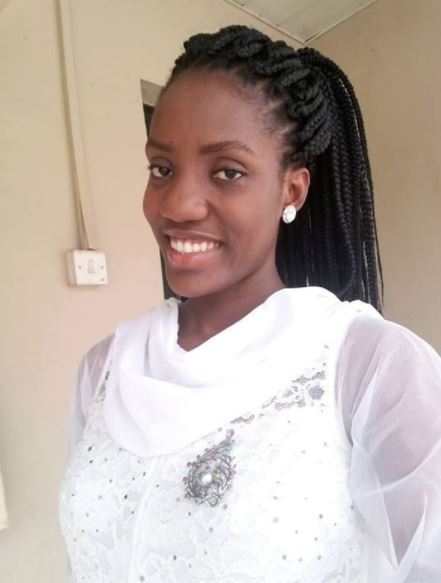 Emmanuella Mike Bamiloye’s a daughter of God, drama minister and wife of the popular gospel actor, Damilola Mike Bamiloye. She is a year older today, 14th of August 2020. As part of her birthday, Emmanuella shares on her facebook timeline, a message for all believers.

Un-forgiveness gives a false sense of empowerment but true power comes from forgiveness. You think you are strong when you decide to remain offended but true strength is in forgiving and letting go.

Emmanuella Mike Bamiloye is a medical doctor, who apart from saving lives in the medical field, has been a tremendous blessing to the body of Christ in Nigeria and beyond. Her impact through the TED shows (True Talk with Tolu, Ella and Dara) cannot be overemphasized. Needless to say, she has been of great impact in many denominations, humbly honoring invitations from different churches to teach on the subject of marriage relationship and sexual purity among others. Emmanuella Mike Bamiloye’s book and movie – Gbemi has continued to do singles all around the world a whole lot of good. Indeed! This rare gem of a woman deserves to be celebrated.

Emmanuella Mike Bamiloye is known for drawing great spiritual lessons from natural occurrences. Read one of her great posts here

If you care about being edified, you should follow emmanuella on her social media handles.

Some days ago, mummy Gloria Bamiloye wanted to eat fish with her food but the fish was frozen. She heated it in the microwave for a couple of minutes and when it was hot, she took a piece. As she began to eat, she realised that the centre was still cold and the following conversation ensued;

Mummy Gloria Bamiloye: The centre of the fish is still cold.

Daddy Mike Bamiloye: That’s how some christians are. They are microwave Christians; hot on the outside but cold on the inside. You see them speaking in tongues “scabash scabosh” but God’s word doesn’t reach deep into their core. You see them praying and worshipping God one moment and will the next, they are on the phone insulting and abusing people.

Although we all found daddy’s analogy amusing, I saw truth and depth in it. Some people claim to be Christians but you cannot see Christ in them. They have not allowed the heat of God’s Word and God’s training pass through them to their core. The have the appearance of godliness but deny the power thereof.

Don’t be a microwave Christian, let the Father do His complete work in your life.

Mal 3:3a “He will sit as a refiner and a purifier of silver; He will purify the sons of Levi, And purge them as gold and silver”

The process of passing through heat is definitely not pleasant but the end result is always worth it. God bless.

Gloria Bamiloye – Ideal Qualities to look for in a marriage partner