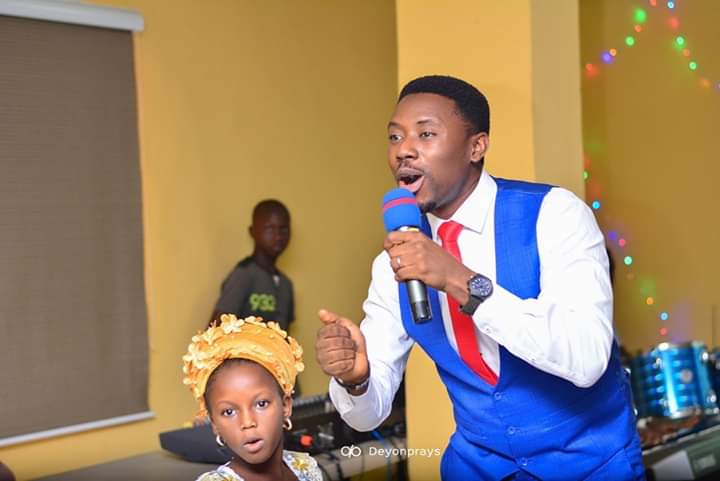 “Growing up in junior secondary school JSS 1, 2 and 3, I was fat, round, full-chubby cheeks and all that. And because of this, I was picked on and underestimated a lot. Colleagues made fun of me. I remember whenever it was time to play football it was a struggle to be on the team. No one wanted the fat kid. This was why I found myself more in the basketball court since fewer people played it. I had a better chance. I remembered how insecure I felt. I had friends but never felt among. Little ol’ me, “The fat kid”.

“I remember being asked by the fine art teacher to sit on the table in front of the class, he wanted to draw me on the board. As he began, he commented on my large thighs and the whole class laughed. I felt really bad. I Couldn’t sit comfortably till he was done.

By the time I was in SS1, I stretched out, grew taller and got slim but the experience was very much unforgettable. With all that in my mind, I could NEVER join people to tease other fat students. I knew what it felt like. I did the opposite. This has shaped my thinking even till this very moment. I NEVER make fun of anyone’s appearance. Fat, slim, short, tall, light, dark. But sadly, a lot of people especially blessed Nigerians don’t have this knowledge.

I remember some of the hurtful words not only regular students but even my friends used to describe my physique and how depressing it made me feel. I didn’t know how to explain to them that these words were funny to them but painful to me, so I let it slide every time.

Even if you see a pimple on someone’s face, THEY KNOW IT’S THERE, stop pointing at it like “ew see your pimples”. I know It’s quite impossible for someone who’s never experienced this to know the heavy effect their words carry and that’s what I want to address this moment. A person who’s never experienced the depression of being made fun of, will not know that saying “fatty bumbum” is not a complement but a very hurtful statement. “See your big lips like…” or “yellow pawpaw” isn’t fun, it’s hurtful. They might laugh with you, and act like everything is okay, but I’m here to tell you that they’re hurt. What you said probably just ruined their day. A lot of thoughts are flooding their mind behind that smile they show you.

Sometimes we meet people and bluntly say “wow, you’re so fat”. Are you reminding the person what he/she forgot? Are you pointing out a new discovery? Are you giving healthy life tips? No. It means you’re of ZERO help by saying such.

I’m not saying it is wrong to comment on someone’s physique, but watch the intent. If it’s to genuinely compliment them, you do so without making it sound like a joke, if it’s out of concern, you do so without making the person feel less of themselves or even less human. Also, in cases where you’re very close with the person and there’s a clear mutual understanding on your kinds of jokes to make (not assumptions), then that’s different.

So in summary, words hurt far more than you know. Stop pointing out people’s features, THEY KNOW. Stop joking about people’s appearance, you’re fueling their insecurities. Let wisdom influence anything that comes out of your mouth concerning it. Thank you.

The truth is, all of us have had our fair share of insecurities. How then do you deal with it? How do you overcome? Have you ever had to deal with insecurities? How did you overcome? How do you tell people you don’t like what you’re being called? ⁣ Is it something that can be stopped? Wouldn’t people think you’re doing “too much?” I think it begins with us. The next time we feel such an urge to address someone by their looks, we could stop to think before we speak.” @ Joshua Mike-Bamiloye2020