How God showed me my wife – MFM Pastor Olukoya 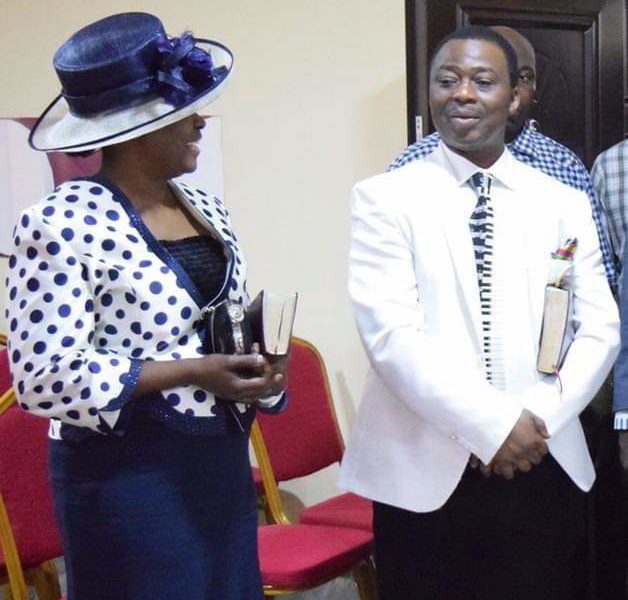 While many may consider it old fashioned to seek God’s leading in the area of marriage, there are still a few who believe otherwise. In his own words, the founding pastor of the Mountain of Fire and Miracles Ministries, Pastor D.K. Olukoya narrates how God led him to his wife:

I asked God for a woman who would want to work and fit into what God wanted me to do and the Lord brought her image. I wasn’t sleeping. It wasn’t a dream. God said to me “this is the woman”. I prayed three more times and got the same answer “ this is the woman”. That is my first testimony.  What to do when God is not speaking to you

My father, who was a pastor also prayed. He had never seen her, but when he visited Lagos and saw her for the first time, he said “… this is the woman I saw too”. It’s not a question of whether I felt led or thought so. I heard and I saw before I took any step.”

The wife of Pastor D.K Olukoya, Pastor Mrs Sade Olukoya validated this information by sharing her own side of the story;

When I first met my husband, I was a chorister. I was very inexperienced and all I knew was to serve my God. I was brought up that way.

He was then a music director who came to our church to improve the performance of the choir . We used to call him brother Daniel. There was really nothing on my mind than we had a nice brother who was coming to teach us in the choir.

He was down to earth and straightforward. Anytime he came we enjoyed his teaching. We always wanted him around because we learned a lot from him; more than the songs he taught us.

That day, he called me and we were in a small room where we normally had our fellowship. He used to do his counseling there too. I wondered if I had done anything wrong. What has the man of God got to say to me today?

Just as he writes his books, he’s a man of not too many words but action, backed up by the power of God.  That day, he talked to me and he said, “God is laying it in my heart that you are my wife.”

It was like I was in another planet trying to come back. Before I said anything, he just said to me, “you have enough time, you go and pray”.

When he visited, it was like an inquiry about what went on after the appointment. The result of my prayer and things like that. When I got to Ife, it was like God had prepared that place for me to have a personal encounter on the issue.

Pastor D. K Olukoya, Mountain of Fire and Miracles Ministries, MFM Debunks allegations against it by Victor Isreal who claimed he was sent out in the middle of the night

To me, it was a matter of life and death, because of our Christian background . We prayed over everything, committed everything into Gods hands. We didn’t do anything without hearing from God. For the first time in my life, we did marathon fasting. I fasted for 3 days just to ensure that I was getting it right.

While I was praying, I had the idea of having a very pleasant marriage and a man I can call my brother, my friend. True love comes from the heart .

As an artist , I was able to do a sketch for my own future reference. God showed him to me. I was actually presented to him. That was when I knew God had a hand in it.

I was not really matured enough to say I heard God’s voice . God gave me that revelation and gave me witnesses as well to back it up. I prayed to God and I was happy. I had peace within me and I could see the future becoming bright.

We enjoyed every bit of our courtship. We did not indulge in pre-marital sex. The courtship lasted about a year and a few months.”

Believe it. Seek it. Experience it.

Adapted and Edited by

Pastor D. K Olukoya, Mountain of Fire and Miracles Ministries, MFM Debunks allegations against it by Victor Isreal who claimed he was sent out in the middle of the night