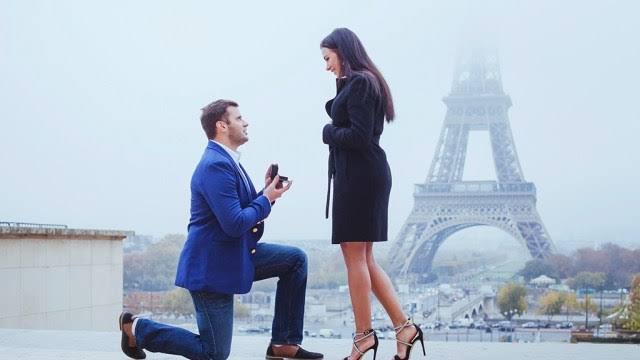 “No sir! I’m not engaged to an impotent man.”

“I didn’t say you were. The revelation could be symbolic” He replied.

“More over, you just shared with me your convictions for this man. I’m sure you heard God right before you said yes to him.”

I became too sensitive in my discussions with Fred. I was loosing my peace. He started to notice my recent attitudes.

“Josephine! What’s wrong with us?” He said one night after our practical discussion session.

“Is something wrong with us?” I feigned ignorance.

“Many things. First, you have suddenly grown cold with this relationship. You seem to be absent minded most of the time. You told me to introduce you to my mum as a sign of commitment. I did. But suddenly you turned around and stopped picking her calls. What’s going on?”

I apologized and made up my mind to make my relationship work. I decided to ignore the prevalent situations and trust that God was involved. I began to put different measures in place to rekindle our love. Part of which was informing my parents about our engagement.

They both were happy about it. They had always admired him since they met few years back. The mere fact that we were of the same language and tribe gladened their heart. My mum had always warned against marrying from another tribe. Now that the families were involved, our relationship blossomed again.

He was ordained and employed at his new church before the end of his second month there – an ordination that caused him a shift. He was happy for this ‘upward shift’. Again, I wasn’t comfortable.

“…when you can’t see your way, just remember this my friend, God can, God can.”

That was the third time my alarm was ringing. It was Sunday morning and I should be up and preparing to join the pre-meeting prayers in Church.

The thought of sitting under the ministration of Apostle Mathew weakened me. He was our firebrand branch Pastor. The anointing of God upon him was obvious and I always looked forward to his ministrations  -until last week when he walked up to me after the service.

“I’ve been trusting God for a life partner. I believe that the Lord is leading me to you ma.” He had said.

I would have been the happiest single lady on earth that Sunday, if only brother Emmanuel hadn’t proposed to me earlier.

Brother Emmanuel had proposed to me after the fire conference on Thursday. Just like Apostle Mathew, he was convinced that I was God’s will for him.

I was in a fix between the two most important people in my life.

Apostle Mathew had been like a dad to me ever since I lost my parents in a ghasty motor accident. As the branch pastor, he made sure that the church catered for my final year school fees. He also ensured that I got employed as soon as I was done with my service year. It was with his help I got this well paid job at the Ours Microfinance bank.

Because of the anointing of God upon his life, everyone had thought he was convinced to tread the path of the biblical Apostle Paul. To think that he would propose marriage to me out of the blues was what I couldn’t comprehend.

Brother Emmanuel on the other hand had been my mentor. I met him when they came for a school outreach when I was in SSS 3. It was at that outreach I gave my life to Christ. He had been my discipler since then.

“Something is definitely wrong somewhere.” I told myself.

God couldn’t possibly be leading two men to me. And that’s because I can’t have two husbands.

But both Apostle and Brother Emmanuel were men of stature in the spirit. To discern who was walking  in the flesh was a difficult thing to do. And who knows, maybe both of them.

I missed service for two more weeks. Then I received a text from Apostle

“The Lord revealed to me that you are in a fix. I perceive that someone else like a mentor proposed to you. Please take your time to pray well. Whatever happens, be sure that you heard God.”

I heaved a sign after reading his text. Truth be told, I had always admired brother Emmanuel and would love to be his wife. But the question on my mind was “what if God has a better plan.”

I wanted to pray. At the same time, I didn’t want to. I was scared of what God’s choice would be.

SUBSCRIBE to blog to stay updated on subsequent episodes