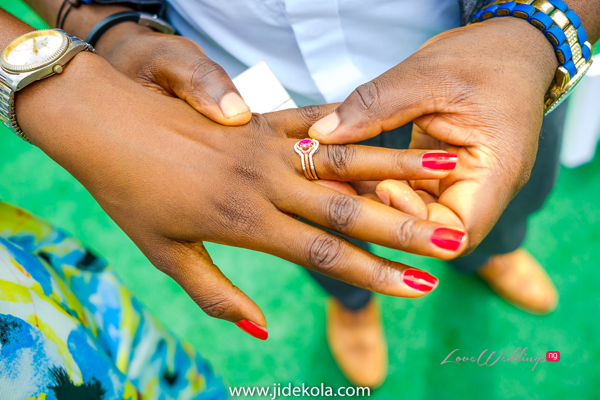 That week we had two more sessions of eating the forbidden fruit. We were ‘children’ of the most high so we still didn’t have sex. But we kissed – a lot.

From forehead to mouth peck then to the one imported from France. We played with the sacred parts and prayed afterwards. Who were we deceiving?

The first week was the only time I had a sense of guilt. For subsequent weeks, I had gotten used to it. Not only that, I had so much lost my senses that I begged for his touch.

I graduated with his set and was mobilized for the National Youth Service Corps (NYSC). He was posted to serve in Portharcourt, while I was posted to Kaduna. As soon as we were miles apart, it dawned on me what I had done to myself.

I was interacting with my most treasured gadget when WhatsApp notified me of the new message.

I smiled as soon as I recovered from the shock. That was not the first time a man would ask me such questions. But it was the first time, my best male friend would do that.

For a while, I wandered what he was thinking.

“I love everybody” I replied.

“Neither am I. Christ commanded us to love. Because of that, I love everybody.”

“Stop playing around Josephine. I think I’ve developed feelings for you.”

I replied with a smiling baby sticker.

He didn’t reply until the next day.

“Which town? Lagos or Umuahia?” I asked.

Fred and I had been friends for more than two years. I was in my 300L when we met at my cousin’s wedding. I later found out that he attended the Umuahia branch of my church and that we shared almost the same beliefs. I also gathered that he was one of the lead protocol officers in the branch where he worships.

He was a kind-hearted introverted young man. Coupled with his genuine conversion experience, he was one brother any Christian lady would love to hang around with.

At the time we met, he was a serving Corp member in Abia State. Because of the long distance, most of our conversations were over the phone.

We talked about almost everything. I was the extrovert here. I would talk and talk and he’d be right there listening attentively.

When I was in my final year, we became even more intimate. I would call him and tell him the gist of how different brothers were approaching me through the church’s marriage committee. He would counsel me and promise to pray along.

He was a friend that stuck closer than a brother. Once, I fell sick and was admitted at the Lagos State University teaching hospital. He travelled down. It was on this trip he met my parent.

I can’t possibly deny that he was a nice and caring friend. But marriage? I had never thought of him in that manner.

The sun was setting on Friday when my kid brother heard the door bell rang. We took a stroll outside of my father’s compound for privacy sake.

He started immediately we settled on the window of an uncompleted building not far from my house.

“I know what I’m doing may not seem right according to our church’s marriage standards. But I mean it when I said I’ve developed feelings for you.”

I refused to say a word. And he continued.

“I still have plans to carry the church along. Please don’t think I’m infatuated. I’m not. What I feel for you is a strong, pure love. I have kept this for a while but not any more. Josephine, I believe you are the will of God for me in marriage. Please take my proposal serious.”

I smiled at the nervousness in his voice and promised to pray about his proposal. I also encouraged him to do the needful while he awaits my answer.

Thirty days passed and I didn’t pray about him. Neither did I give his proposal a thought. For me, he was a joke.

First, he didn’t have any obvious vision for his life, or if he did, it didn’t seem like a vision I wanted to be identified with.

I was a purpose driven young lady with a passion for mission work. At some point in my life, I had heard God told me that I would marry a missionary – a man with a mandate to the nations.

Fred was no where near my ideal. In one of our previous discussions, he had disclosed how he wanted to own a farm and if opportunity availed itself, help pastor one of the local churches in Umudike.

Although I was silent about his proposal, we kept close contact. Our friendship continued to grow. He didn’t disturb me for an answer and I was quite comfortable with that.

Three months later, I found myself thinking about him. It started after I watched a video he uploaded on Facebook. It was the sermon he had preached that Sunday. His dressing, eloquency and the way he rightly divided the word of truth thrilled me. Then I decided to pray about his proposal.

The excitement in his voice filled my heart, I laughed so hard. It was a beautiful moment for both of us and we looked forward for a beautiful relationship.

He ordered a ring for me on Jumia but I refused to wear it. I told him he had to involve his pastor as a sign that he was committed to the relationship. He promised he would. I insisted I won’t wear the ring, until he had done the needful.

Our courtship began. Fred was so excited his friends could see it. He boasted about me and they considered him lucky to have me.

We had three days in the week for our courtship meetings: prayer vigils on Friday, reviewing of marriage books on Tuesdays and practical discussions about our future home on Wednesdays. All of these we did over the phone.  We even utilized the WhatsApp video call.

Two weeks after, things turned negative for me. The love euphoria had fizzled out and reality was staring me in the face. Fred was about to change his place of worship. His reasons did not go down well with me. His new church, Royal Guards Assembly, was one of the churches I had never prayed to visit. It was popularly rumoured that the General Overseer of the church was an occult man.

“Its just a rumour” Fred had told me when I tried to caution him.

Something told me his decision to change church had a lot to do with our relationship. Perhaps he was trying to escape the laid down rules of our church’s marriage committee. Or maybe not. He had also told me he was having strange dreams and that his mum had recommended the new church as a place for solution.

I hid my worries to prevent any form of misunderstanding. Our relationship was too young for that. However, I decided to embark on a three days prayer and fasting to seek the Lord on his behalf.

On the third day of my prayer and fasting program, I received a call from Brother Emmanuel. Brother Emmanuel is Seun’s discipler. Seun is my best friend and prayer partner. We attend the same branch of my church in Lagos.