When God’s will in marriage is not working 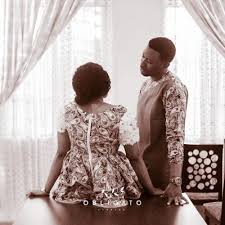 Are you in courtship and everything is not working but deep inside your heart you have this assurance that God led you at first???

Please don’t come and ask me if I am married. I’m not about to share with you a principle. Instead, I’m presenting to you a revelation that the Lord gave me on the pages of His word.

You would agree with me that God had a hand in the courtship of brother Joseph and Sister Mary. Yes! I’m talking about Sister Mary, the mother of our Lord Jesus Christ. In contemporary language, we would say their relationship was God’s will.

Do you know there was a misunderstanding in their courtship so intense that they almost broke up?

Interesting! So the woman that gave birth to our Lord Jesus Christ suffered misunderstanding in her courtship? That’s exactly what I wanted you to see.

You see, social media has planted so much fear in singles. Any trace of misunderstanding in courtship and we are almost forgoing a God-ordained relationship.

It is true that two cannot walk together except they be agreed. But who says the two can never come to agreement. There may be friction, but if God’s in it, its just a matter of time.

When believers come together into a relationship as directed by the Lord and they begin to encounter hard oppositions or begin to have strong misunderstandings, it is probably the lie of the devil to hinder the bringing forth of the messiah that relationship is meant to bring forth.

I just hope you know already that there’s a messiah every Christian union is meant to deliver. There’s a purpose God wants to fulfill with your marriage. The devil knows this and he’ll do anything to cut that testimony short.

Sister Mary got pregnant by the Holy Ghost. Brother Joseph hated the idea and was really disappointed. No amount of explanation from his partner could clear his doubts. His mind was made up. The relationship was over. Sister Mary must have been broken. She would have wept. Most definitely, she prayed and God had no choice than to intervene and speak to Joseph Himself. Now that’s the right attitude to misunderstandings during courtship – Prayer and Patience!!!

Dear Christian, never go into a relationship without asking God. Never quit a relationship because of prevailing circumstances. Pray in all situations. For when He speaks and you obey, it will end in Joy.

Your wife is not a baby manufacturing machine! – Funke Adejumo